Victoria's best value on unlimited memberships with no initiation and no food minimums! 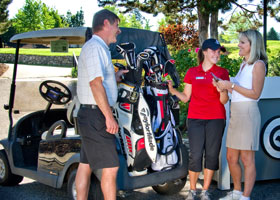 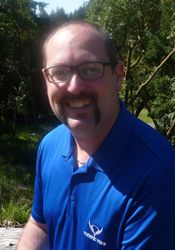 
Kevin has been a member of the PGA of Canada for 11 years, and has been the Head Professional at the Olympic View Golf Club since 2011. Prior to joining the team at Olympic View he served as Director of Instruction at the Salmon Arm Golf Club.


On the golf course, Kevin loves to play and compete. Playing at the Junior, Amateur, NCAA (University of New Orleans) and the Professional levels, Kevin has been competitive and has performed well. Kevin has won at each step along the way. Some of his most satisfying achievements have been winning the 2009 PGA of BC Assistants Championship, winning the Gulf Coast Collegiate Classic, won Head Professionals Order of Merit. Kevin qualified and competed on 7 different Provincial teams in BC. Going through his journey he has faced many battles that we all face as golfers and can help people get over those little hurdles we come across in our golf games.


Kevin is a certified club fitter with Ping, TaylorMade, and Titleist, as well as TCCP 1-4 certified.